The contrast with the American presidential election campaign could not

be greater but this week the Chinese Communist Party made its once in a decade transfer of power to a new Politburo of one-party State appointees. President Hu Jintao is expected to hand over the reins of power in March.

Before he leaves office there is one last question which President Hu should address – and which would earn him widespread respect and admiration: it is a brutal and discriminatory policy [the One-Child Policy] which for 32 years has tarnished the reputation of a great country and which has left a trail of misery.

Last month, the United Nations commemorated its International Day of the Girl: highlighting the 100 million girls who are the victims of domestic violence, compulsory veiling, the sex trade, trafficking, bonded labour, forced marriages, genital mutilation, and sexual abuse. In China – and elsewhere – that discrimination begins even before birth, when the three most dangerous and deadly words which can be uttered are the words “It’s a girl”.

Thirty two years ago, China passed a law which institutionalised the routine killing of little girls, merely because of their sex. It’s a policy which shamefully has been indirectly aided and abetted by British taxpayers money.

But while China is by far the leader in this appalling trend, it’s by no means alone.  India, with its history of deadly discrimination against girls and women, is rapidly catching up. Today there are now markedly more males than females in India than there were in the early 1990s, and various regions are facing serious and growing gender imbalances.

One United Nations expert estimates that gendercide has cost the lives of around two hundred million women and girls worldwide over the past thirty years. It has also led to violence against citizens and sometimes to the murder of those who don’t comply with the policy.

Gendercide is also on the rise globally. As an international predilection for sex-selective abortion grows, so more and more women and girls are losing their lives or simply “missing”, the result of sterilization or other means. Western Asia, in particular, is a region of growing concern. And in February of this year undercover journalists discovered sex selection abortions taking place in the UK. 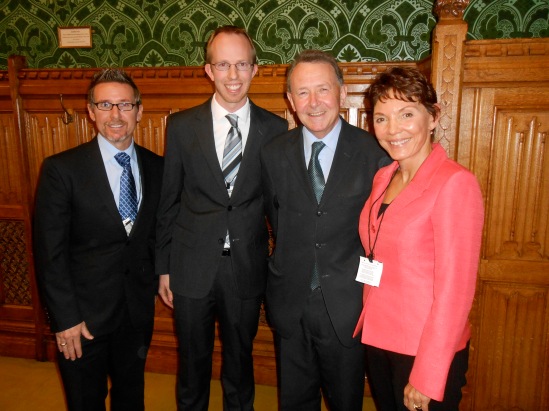 Many Chinese people have been urging Hu Jintao to abandon the one child policy and there are signs that the protests are having their effect.  One man in particular has done more than anyone to force open the debate about gendercide. In April of this year the blind self taught lawyer, Chen Guangcheng, who spent four years in prison for opposing the policy, escaped house arrest, finding safe passage to the United States.

We can learn much from his example. Chen’s bravery and heroism has inspired many Chinese dissidents and campaigners around the world. He has seen what sighted people have failed to see; spoken out when those of us with free speech have failed to do so.

In a recent interview, Chen said he was confident reform will come to China, but stressed that if everyone made an effort to build a more just and civil society, then it would come faster. Here’s one thing each of us can do:

A brilliant new hour-long film, entitled “It’s A Girl” was recently premiered at Westminster at a meeting which I chaired. The film conveys a simple yet powerful message:  that the words “It’s a girl” – usually proclaimed with such joy and celebration – are deadly for large populations of the world.

It is available to be seen in parishes and in small groups in people’s homes or in colleges.  Anyone wishing to show the film should contact screenings@itsagirlmovie.com.

Picture 1:  From the It’s a Girl screening at British Parliament  Lord Alton with Reggie Littlejohn, President of Women’s Rights Without Frontiers, Andrew Brown and Evan Grae-Davis

David Alton was a Member of the House of Commons of the British Parliament for 18 years. Today he is Lord Alton of Liverpool, a Catholic member of the British House of Lords where he sits as an Independent. He is Professor of Citizenship at Liverpool John Moores University and author of eight books.